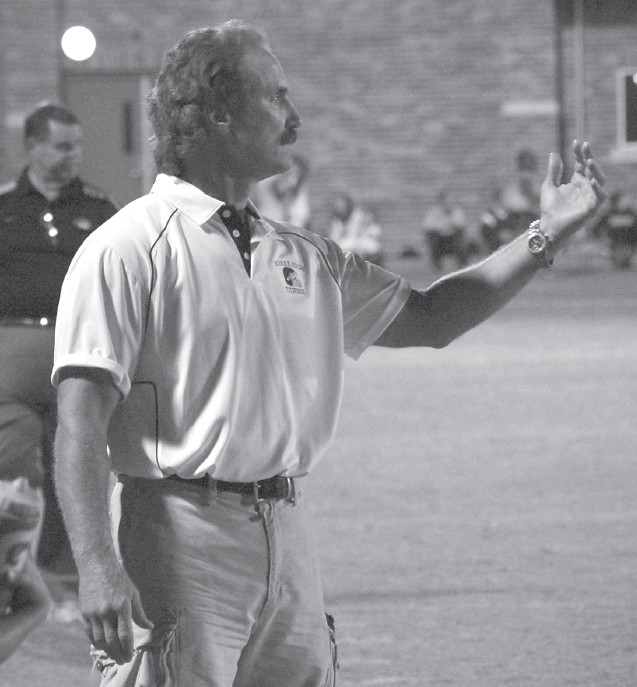 Most people know Tony Boone through his work as defensive coordinator for the Murray High football team. He's a second generation Tiger and there's no doubt that his blood runs black and gold. But he's also a Racer, through and through.

“I used to sell cokes at the stadium and one of my best friends was coach Bill Ferguson's son,” he said. “I remember watching Rick Fisher play when he was at Murray State. We all wanted to be like him.”

Boone came from a football family. His father was an All-American at Murray High and schooled him in the fine points of the game at an early age.

“My dad was my Little League Football coach,” Boone recalled. “He was probably a little harder on me than he was some of the other kids. But I guess I'm the same way with my son.

“He told me how good he was, and when I was in high school he said I'd never make a tackle if I'd played when he played. I told him he wouldn't have been an All-American if he played against me.”

"Coach Hina was a great guy,” Boone recalled. “He commanded respect and he treated you fairly. He was tough on us though. He was the basketball coach too. This one day we weren't having a very good day of practice and he told us that if we didn't straighten up he was going to whip us. And that's exactly what he did. He sent us to the locker room and gave us all two licks each. He was strong too. He'd walk up to you and grab you by the shoulder with his 'Vuclan' grip. He'd get your attention. But I loved him. We all did.”

When Boone was a junior the Tigers won the state championship.

“That was one of the most memorable moments in my life,” he noted. “That's what you play for. We only lost twice all year and we beat Beechwood for the state championship. It was a scoreless game until six or seven minutes were left in the fourth quarter. But we scored twice late in the game and beat them 14-0.”