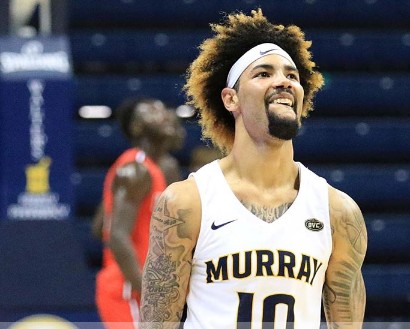 One of the top non-Ohio Valley Conference rivalries the Murray State Racers enjoy is their series with the Southern Illinois Salukis. MSU travels to the Banterra Center Friday for a 6:30 p.m. tip in Carbondale for the 38th meeting between the two and for the eighth straight season they have met. Since renewing their series in 2013, the Racers have won 5-of-7 games including the last three.

The Racers and Salukis are considered one of the top all-time programs in their leagues, Murray State in the Ohio Valley Conference and Southern Illinois in the Missouri Valley Conference. Combined MSU and SIU has combined for 3,210 wins, 35 regular season titles and 27 NCAA appearances.

The Racers' last game with a MVC squad was Saturday in a quickly added game with Illinois State that they won 76-65. Over the years, the Racers have played every MVC team with the exception of Northern Iowa and have played Evansville and SIU the most. The one and only meeting MSU had with Loyola came in their first NCAA Tournament appearance in 1964 in a game played in Evanston, Ill.

Five Facts from the Racers' 87-57 victory over Austin Peay