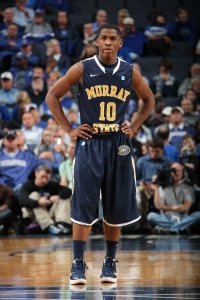 Head Coach Steve Prohm announced today that Zay Jackson has decided to leave the program immediately and transfer to another school for the spring semester.

“I want to thank Coach Prohm for giving me an opportunity to play basketball at Murray State and for his support during my time as a Racer,” said Jackson.  With my injury causing me to miss a second season now, I just believe a fresh start would be good for me at this time.”

“It’s been a tough couple of years for Zay with his injury this season and the circumstances causing him to miss last season, stated Prohm. “I understand his decision and wish him the best in his academic and basketball future.”