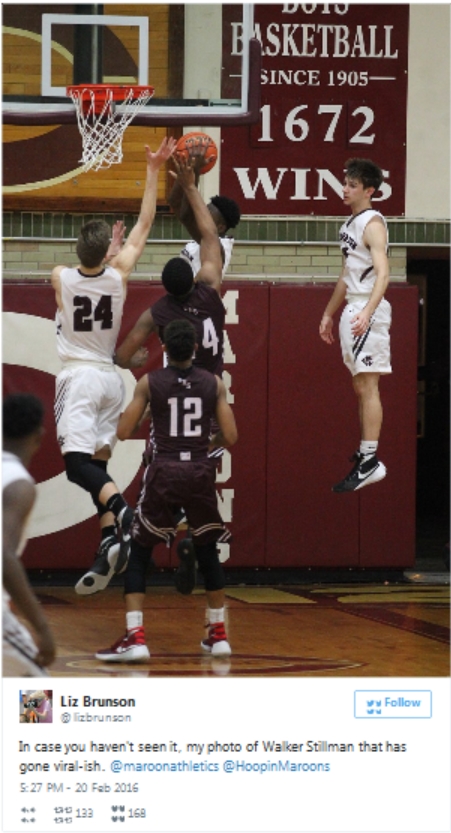 The photo of high school basketball player Walker Stillman at the right has caused a lot of speculation over the last couple of days. Is it real? Or is it photoshopped?

It turns out that it's real.

“I really didn’t have much reaction when I saw the shot because I’ve taken plenty of pictures of Walker, and I know he can jump,” she added. “I just thought it was funny, had no idea that it would go viral like that.”

Stillman told the News-Gazette: “Most of the people I’ve heard from ask me ‘What were you doing?’ I had jumped for a rebound and saw that it wasn’t coming my way, so I kind of stopped what I was doing.”

Stillman's mom, Jane, who is also the assistant principal at the school, plans to frame the picture.

“I’m going to hang it on the wall,” she said, “so when he gets old he can remember how high he used to jump.”

Those of us who are already old can empathize.