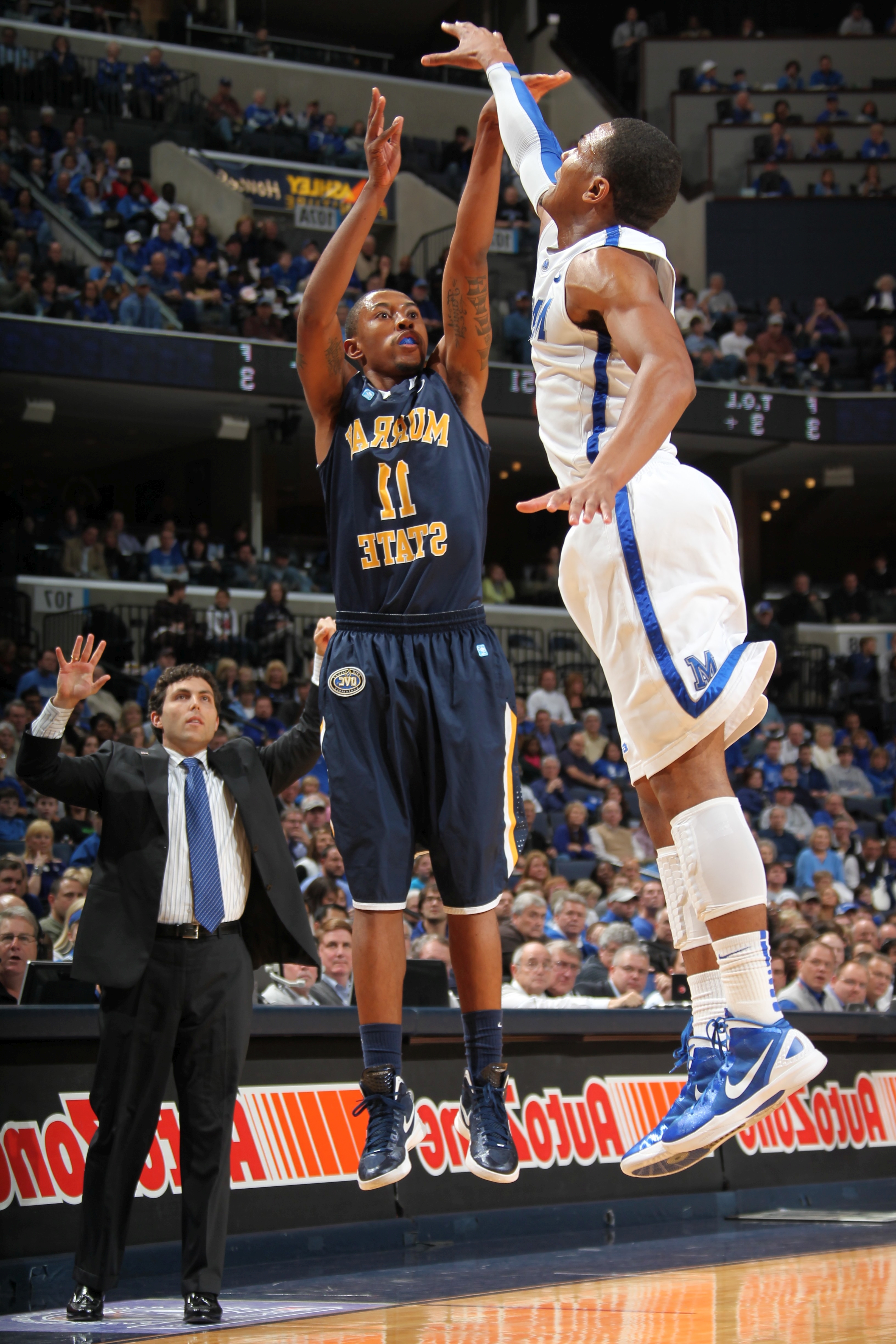 Murray State senior guard Donte Poole grew up in The Entertainment Capital of the World, Las Vegas. And you can be sure Racer fans are glad that in his case, what happened in Vegas didn't stay there.

Poole has been one of MSU's best players this season. He is the team's second leading scorer at 13.1 points per game and he leads the team in steals with 29.

And he'll tell you that he comes by his talent naturally.

“My mom and dad played basketball all through high school and won state championships,” he said. “My mom also played volleyball and ran track. So they got me started playing ball real early. I would shoot all over the house and sometimes I got in trouble for it.

“I loved growing up in Las Vegas. It's actually a big city. There's a lot more to it than the strip. The people who live there actually don't spend that much time on the strip. It's really a wonderful place.”

Poole started playing organized basketball when he was six or seven. But his youth league coach made it hard on him.

“He used to yell at me constantly,” Poole recalled. “At that age I had really thin skin and I would break down and cry. But he explained that he had high expectations for me and was just trying to make me a better player. I learned to listen to what he was saying, not how he was saying it. I took it a little better after that. It made me a stronger person on and off the court.”

He went on to play at Mojave High School for coach Tony Hopkins.

“He was a real good guy,” Poole said. “I learned a lot from him. He saw me playing intramurals and called me over and talked to me about how I could improve my game. And we had a good bond after that.

“When I started playing varsity he gave me a lot of freedom. He knew that I would make good decisions and let me play my game. He had something funny to say every day. My senior year was the first year Mojave ever got to the state tournament. We lost the championship game by three points.

“I remember playing Cimarron for the right to go to the state tournament. The game was in a gym where I really hadn't ever shot the ball well. I was very uncomfortable before that game. In warmups I was shooting around and couldn't hit anything. But once the game got under way my shots started falling and I wound up with 35 or 36 points.”