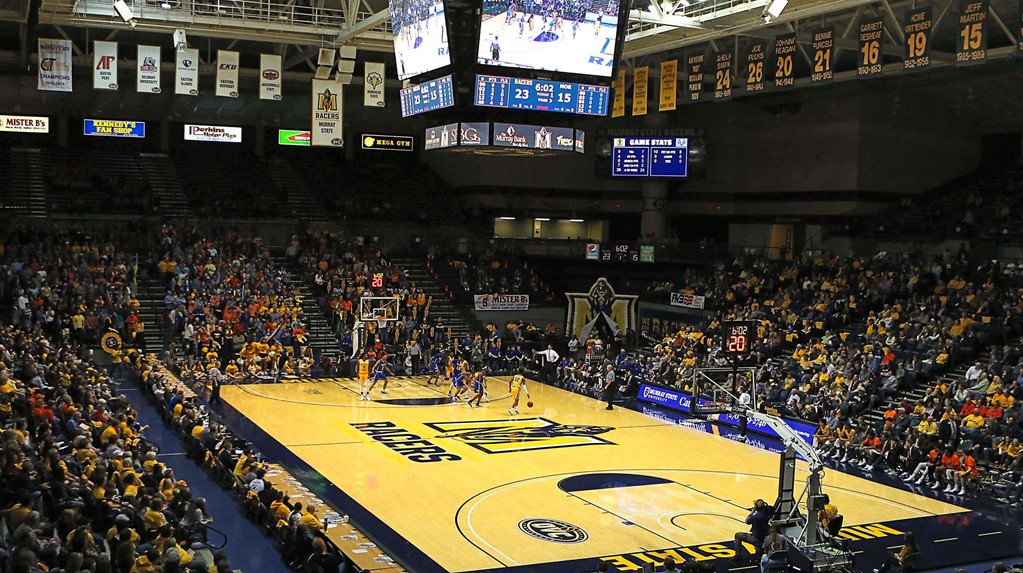 On a roll with a six-game win streak and 10 games at home, the Murray State Racers welcome the UT Martin Skyhawks for a Saturday 7 p.m. game Saturday night at the CFSB Center in Murray, Kentucky. The day is the second game of a doubleheader day at the Bank. The MSU women's team plays the first game at 5 p.m.

The game finds the surging Racers coming off a 91-51 win Thursday against Eastern Illinois as they again are nearing a 20-win season. When the Racers get there, it will mark the fourth time in seven seasons that Coach Matt McMahon's program has won 20 games in a single season and the third in the last four seasons.

The amazing careers of Tevin Brown and KJ Williams have been on full display in the 2021-22 season as each are becoming future Murray State Hall of Famers before our eyes. Entering the UTM game, they've each appeared in well over 100 games and the biggest thing that jumps out is their consistency. That's exactly what it takes to accomplish the things that we're seeing them do. Brown is one of only three MSU players to score 1,000 points, grab 500 rebounds and give out 350 assists. Williams is the ninth Racer to score 1,000 and haul in 700 rebounds.

Tevin Brown set a new record for made 3-point baskets in the Racers' win Monday at EIU of 305 as he passed MSU Hall of Famer Isaiah Canaan who starred for the Racers from 2009-13 with 304. After four more made 3-pointers vs EIU, Brown now has 311 threes at Murray State. The OVC record of 319 is now only nine threes away for Brown. The record is currently held byRon Greene Austin Peay's Joe Sibbitt who made 319 threes from 1994-98.