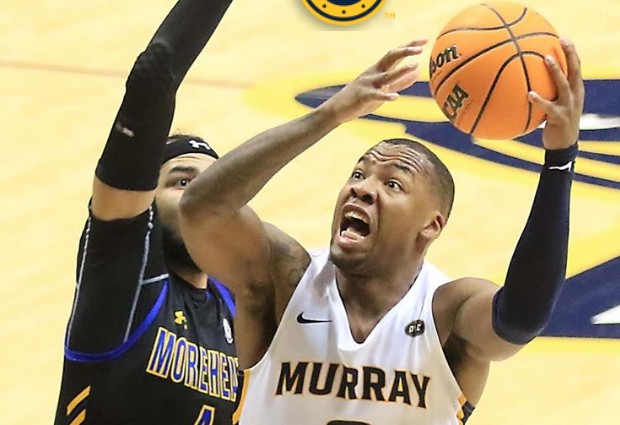 For the seventh time in the 2021-22 season, the Murray State Racers have a Player of the Week honor in the Ohio Valley Conference AS KJ Williams won the award for the third time when the league announced its weekly winners for the period of Jan. 24-30.

Williams had 21 points, 11 rebounds, two assists and a steal in a home game against Tennessee Tech last Monday. Three days later in a return game at Tennessee Tech, he scored 20 points (on 9-of-13 shooting), pulled down 13 rebounds and had two steals. He capped the week by scoring 21 points and grabbing nine rebounds in a 74-66 victory over Morehead State in a battle of undefeated league teams for first place in the OVC. Williams hit 8-of-13 shots and had two steals against the Eagles.

Williams ranks second in the OVC in rebounding (8.9/game), third in scoring (17.1 points/game) and seventh in field goal percentage (52.9%).

The Racers travel Thursday to Austin Peay in another matchup of the Popeye's Battle of the Border.