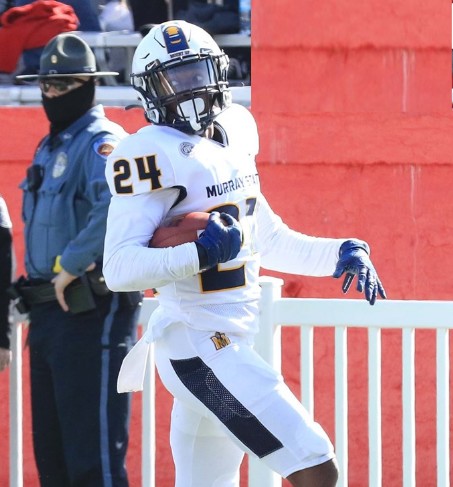 Webb completed 21-of-33 passes for 280 yards and a career-high three touchdowns and rushed for 18 yards as Jacksonville State won its fifth-straight game, 38-16 at Tennessee Tech. He had a 29-yard touchdown pass right before halftime, added a 54-yard pass early in the fourth quarter and capped the game with a 19-yard score with 3:57 to play.

Floyd had six tackles and a pair of interceptions, one he returned for a 22-yard touchdown, as Murray State knocked off No. 16 Southeast Missouri 24-21. It marked the first win over a ranked opponent for the Racers since 2018, the first road win over a ranked opponent since 2017 and first win at SEMO since 2011. With the game tied at seven in the first quarter, he picked off Andrew Bunch and returned it 22 yards for a score. His final interception of the game came at the MSU 38-yard line as time expired to seal the victory.

Zita was a perfect 3-for-3 on field goals, connecting from 36, 41 and 47 yards in Tennessee State's 38-16 loss to No. 10 Jacksonville State. The junior also added an extra point to finish with the 10th double-digit scoring performance of his career. His 47-yard field goal in the third quarter was into a strong wind. For the season Zita is 5-for-6 on field goals, which is tops in Conference play.