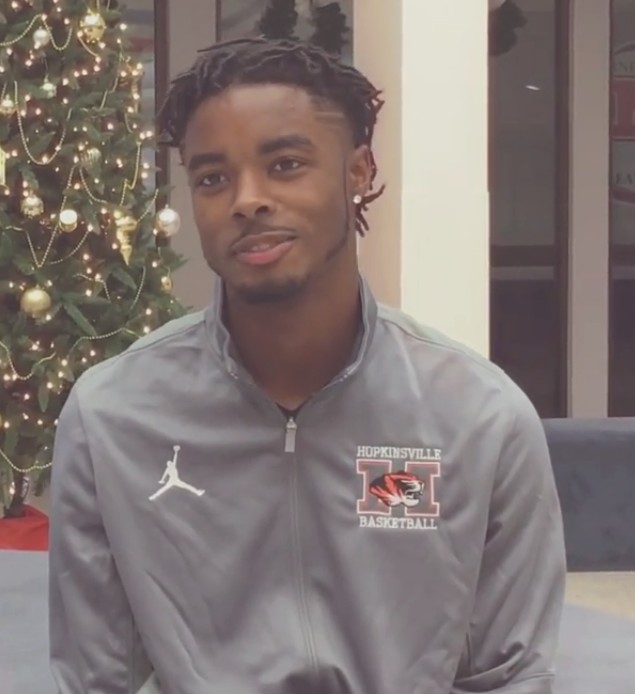 Johnson will join the Racers for the 2018-19 season as a freshman.

"We are excited to announce the addition of Jalen Johnson to the Murray State program following his outstanding career at Hopkinsville,” said McMahon. “Offensively, Jalen brings play-making skills off the dribble, the ability to attack off ball screens, and excellent 3-point shooting. Defensively, we like his ability to pressure the basketball along with the toughness and competitiveness he brings to the team.  We look forward to his arrival on campus this summer."

During Johnson's senior season for the Hopkinsville Tigers, he averaged 18 points per game to go with six rebounds and 3.8 assists while shooting 41% from behind the 3-point arc. His prep career saw him become one of the main players in a Hopkinsville program that was one of the most successful teams in Kentucky with 119 wins in five seasons, which included three KHSAA Region-II championships and three trips to the Kentucky Sweet 16 State Tournament where HHS advanced to the quarterfinals twice in 2013-14 and 2014-15. He was named KHSAA All-State Honorable mention in 2017 and was on the Courier Journal All-State Team as a junior and senior. Johnson finished his time at Hopkinsville with 1,663 career points.

Johnson was coached by Tim Haworth at Hopkinsville.

“Jalen is a great kid and he does it in the classroom and on the court,” Haworth said. “He’s going to work hard and do whatever it takes to be the best he can be. The bigger the game, the better he plays. There were times when we put the ball in his hands and let him lead us. With Jalen, we made defenders make a choice. They either had to get up on him and risk giving up a drive, or play off and risk his 3-point skill. We’re so proud of Jalen and looking forward to his development under Coach McMahon and staff. As a Murray State grad and former walk-on with the Racers, I am thrilled that Jalen is going to be a Racer.”

Johnson was named to the Kentucky/Indiana All-Star game following tryouts this past weekend in Lexington.  He was also a member of the Kentucky Junior All-Star team in 2017.

Jim Phillips: One of the Racers' first stars