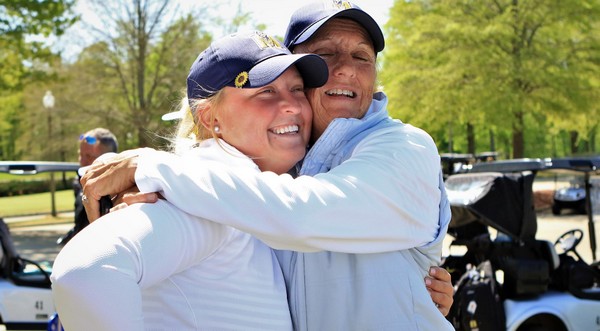 Carter made two birdies on the front nine at the third and fifth holes and pushed her lead to five shots with 13 holes to play. That gave her cushion to withstand three-straight bogeys from the 13th hole through the 14th hole. When she made three-straight pars on the Fighting Joe Course tough finishing holes, Carter was in the clubhouse with a 2-shot lead on Morehead State's MacKenzie Neal, who still had most of her final round to play.

Neal couldn't catch Carter who becomes Murray State's eighth player to win the OVC medalist championship and the first since Anna Moore in 2019. Carter's score line made her the only player in the field to finish under parPayton Carter on rounds of 71-70-73=214 (2-under). Neal was runner up with scores of 73-70-74=217

Carter also became the 10th Racer to win OVC Player of the Year and the first since Linette Holmslykke in 2019.

Austin Peay won the team title nipping Belmont and Morehead State by one stroke (901 to 902).