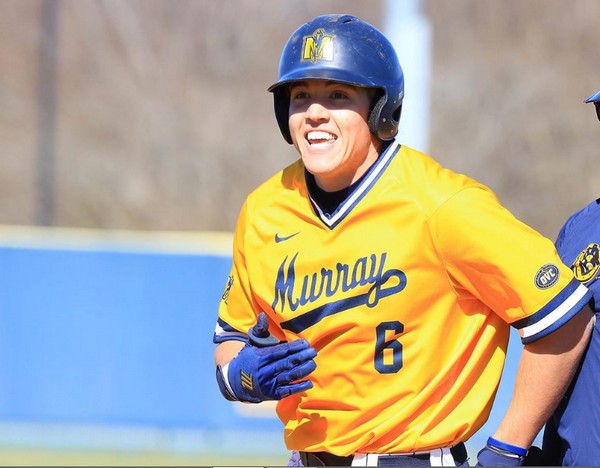 Murray State (21-18) baseball took both games of the Saturday doubleheader to complete the sweep over Eastern Illinois at Lake Land College in Mattoon, Illinois. The Racers took game one of the doubleheader 15-9 before mashing their way to a 24-20 victory in game three. MSU set the school single-game home run record with 10 homers in the series finale.

Jacob Pennington highlighted the Racers potent offense in game one of the day with two home runs in the contest. The redshirt sophomore would collect six RBIs and score four runs in the game while also drawing two walks. Shortstop Drew Vogel got his impressive day started in game one with three hits including his 12th double of the season. Jake Slunder blasted his fourth homer of the season in the contest while scoring three runs and driving in two. Bryson Bloomer smacked two doubles in the game to bring his season total to seven. Alex Crump and Parker Estes each had a multi-hit game to get the Racers impressive offensive day started.

Game two of the doubleheader proved to be a monumental affair for Murray State as they slugged 10 home runs to set the new school record for single-game homers.

Bloomer continued to smack the baseball in game two as he went for two home runs and six RBIs in the first inning alone. The third baseman would finish the game 4-for-6 with three home runs and eight RBIs with four runs scored. Vogel also blasted three home runs in the game as the duo becomes the first pair of teammates in recent MSU memory to have three home runs each in the same game. Brennan McCullough smacked two homers of his own against the Panthers while scoring four runs and drawing a walk. Riley Hawthorne and Cayden Shaver each touched their first round-trippers of the year to bring the total home run count in the game to 10. Shaver would also hit a double while Hawthorne went for an impressive five hits in the game. The Racers combined for 21 hits in the finale while scoring the second-most runs in a game this season.

-Murray State set the new school record for single-game home runs with 10 in the second game of today's doubleheader.

-The Racers and Panthers combined for 17 home runs in the series finale which ties the NCAA record for most combined homers in a single-game.

-MSU combined for 56 runs on the weekend for their most runs across a three-game series this season, passing the previous high of 49.

-Bryson Bloomer and Drew Vogel become the first pair of MSU teammates in recent memory with three home runs each.

-After striking out 10 batters on the mound Friday night, Jacob Pennington mashed two home runs in the first game today.

-Murray State returns home to Johnny Reagan Field for a non-conference matchup on Tuesday at 5 pm with Alabama A&M.