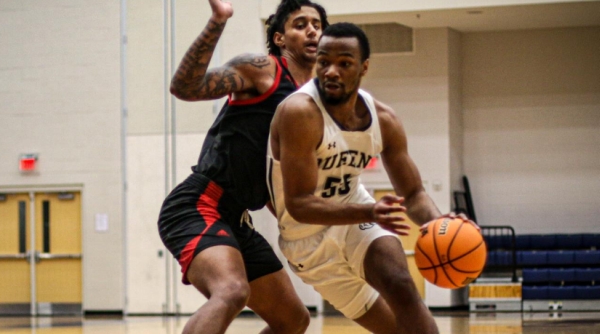 "I decided to commit to Murray because of how close the community was to basketball and coach Prohm wanting me to be involved in a winning culture," Smith told WPSD. "And being a piece of a culture like the one at Murray state is all I wanted."

A 6'8 forward, Smith averaged 17.6 points, and 7.1 rebounds per game last season for Queens. He was an NCAA Division-II All-American and was also named the South Atlantic Conference Player of the Year.

He finished the season with 10 double-doubles. He made 44 3-pointers while shooting 40 percen beyond the arc, and 51.3 percent overall.

Smith will have two years of eligibility remaining. Murray State now has six players on the roster for next season, and seven scholarships still available.