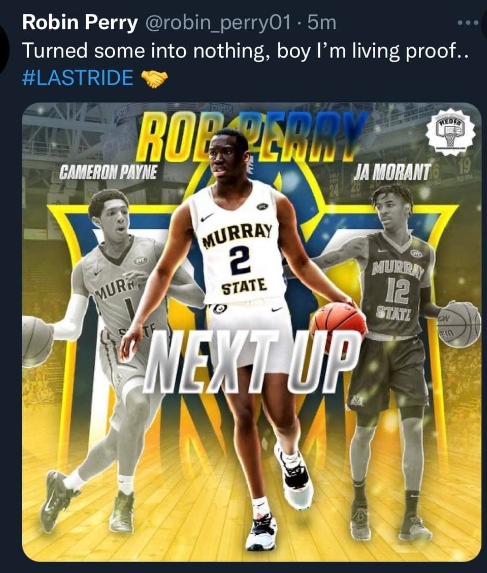 Stetson's Robin Perry, a junior, announced yesterday that he would be transferring to Murray State. The 6-4 guard was limited to 14 games last season due to an injury. Perry led the Hatters in  scoring at 15.9 points along with 5.7 rebounds per game. He shot 40.3 percent from the field and 35.4 percent from 3-point range. He averaged 15.1 points as a freshman and 14.4 points as a sophomore.

He will have two years of eligility at Murray State.