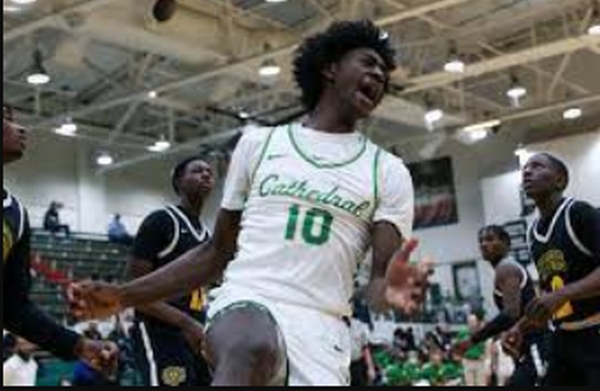 Jaxon Edwards, a 6-6 forward from Cathedral High School in Indianapolis, has recommitted to Murray State. Edwards had reopened his recruitiment after the Racers' Matt McMahon left to take the head coaching job at LSU.

Edwards told the Indianapolis Star, “I would say a lot of people now go to school and see how they play the first year,” Edwards said. “In my eyes, I don’t see myself transferring my second or third year. I look at it like how I worked my way up the pole from (junior varsity at Cathedral). If I didn’t start playing much right away, I think I’d probably still just keep working and earn it. I’d say I’m glad I opened it up again. God led me back to commit to Murray State again and I was able to open up to other schools and see what was out there.”