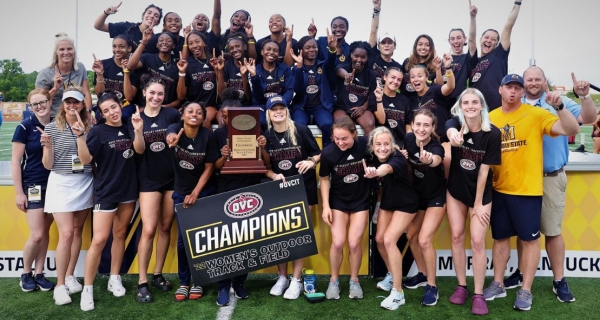 The host Racers took control in day two and sped away from the field on the final day of competition with five total individual championships over three days, including a sweep in the Heptathlon and 100m. The Racers also had six runner-up finishes including one in the final challenge of the event in the 4x400m relay. The Racers produced 15 PR's on their way to the championship.

Kiesler was named OVC Coach of the Year as the Racers posted an amazing team score of 199 points. Southeast Missouri was in second place (156.5), while Belmont (150.5) placed third.