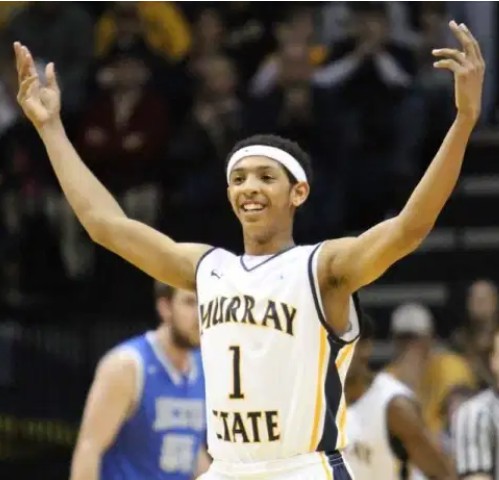 Cameron Payne is doing something that is almost unparallelled. With three games left in his freshman season he is averaging 15.2 points. Freshmen just don't do that at Murray State.

Of all the great players who have worn the Blue and Gold only Lamont Sleets has averaged more points (16.8) than Payne as a freshman.

Canaan is clearly one of the Racers' all-time greats, a certain Hall of Famer. Is it possible that we have another all-time great running the floor at the CFSB Center? Only time will tell.

Payne grew up in Memphis, a basketball town, a town that has sent its share of players to Murray State over the years.

ōI started playing basketball when I was three years old. I played football too. I was a little chubby, so I played tight end,ö he said, laughing. ōI was chubby, so they put me on the line. I was still chubby when I got to high school. And I never really lost weight. I just got taller and it stretched out.

"He was a point guard himself,ö Payne said. ōHe's very cool. We have a very good relationship. He played at North Carolina and he taught me a lot about being a point guard and helped me get ready for college.

ōHe's a lot like Coach Prohm. He wants defense and he harps on that. But he gives you freedom on offense.ö

Payne's favorite player was always Kobe Bryant. But he has a Magic Johnson jersey. Johnson quit playing years before Payne was even born but he was a point guard and Payne seems to have decided a long time ago that was what he was going to be.