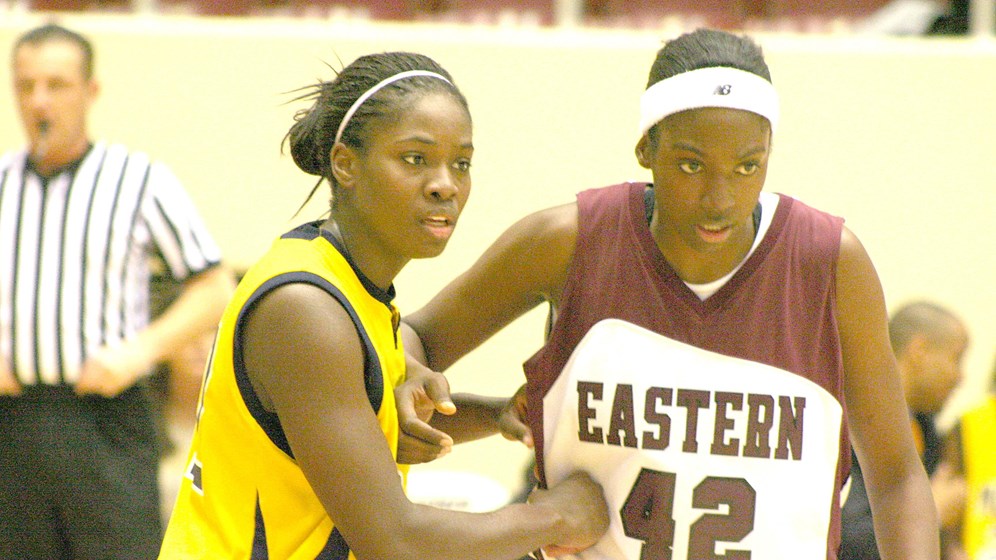 When Joi Scott transferred to Murray State from Northern Illinois everyone raved about how good she was. After all, she had been the freshman of the year in the Mid American Conference while she was at NIU.

And when she finally became eligible last season it was obvious that she was an outstanding player. But this year she has been even more impressive.

In Ohio Valley Conference play Scott is averaging 23.7 points, nearly five more than Eastern Illinois' Jessica Huffman who is second in the league in scoring. She is eighth in rebounding at 7.3 per game, and first in field goal percentage at 74.5 percent. For a long time she was over 80 percent. Scott is also fifth in steals and second in blocked shots. In other words, she is dominating the conference.

“As far as athletic ability alone, she may be the best inside player the Lady Racers have ever had,” he said. “Michelle Wenning was very effective in the post, but she didn't have Scott's athleticism.

“In fact as an all-around player, she may the best ever. And she just keeps getting better. She was an excellent player last year but this season she's playing on a completely different level.”

Scott grew up in Reynoldsburg, Ohio, a suburb of Columbus.

“It’s smaller than Murray, a quiet place,” she said. “Basketball was my main priority when I was growing up. I played with the boys and by myself and I did my schoolwork. That was basically my life.

“I was a quiet girl and I didn’t really hang out. I watched movies or went shopping with my best friend when I wasn’t studying or playing ball.”