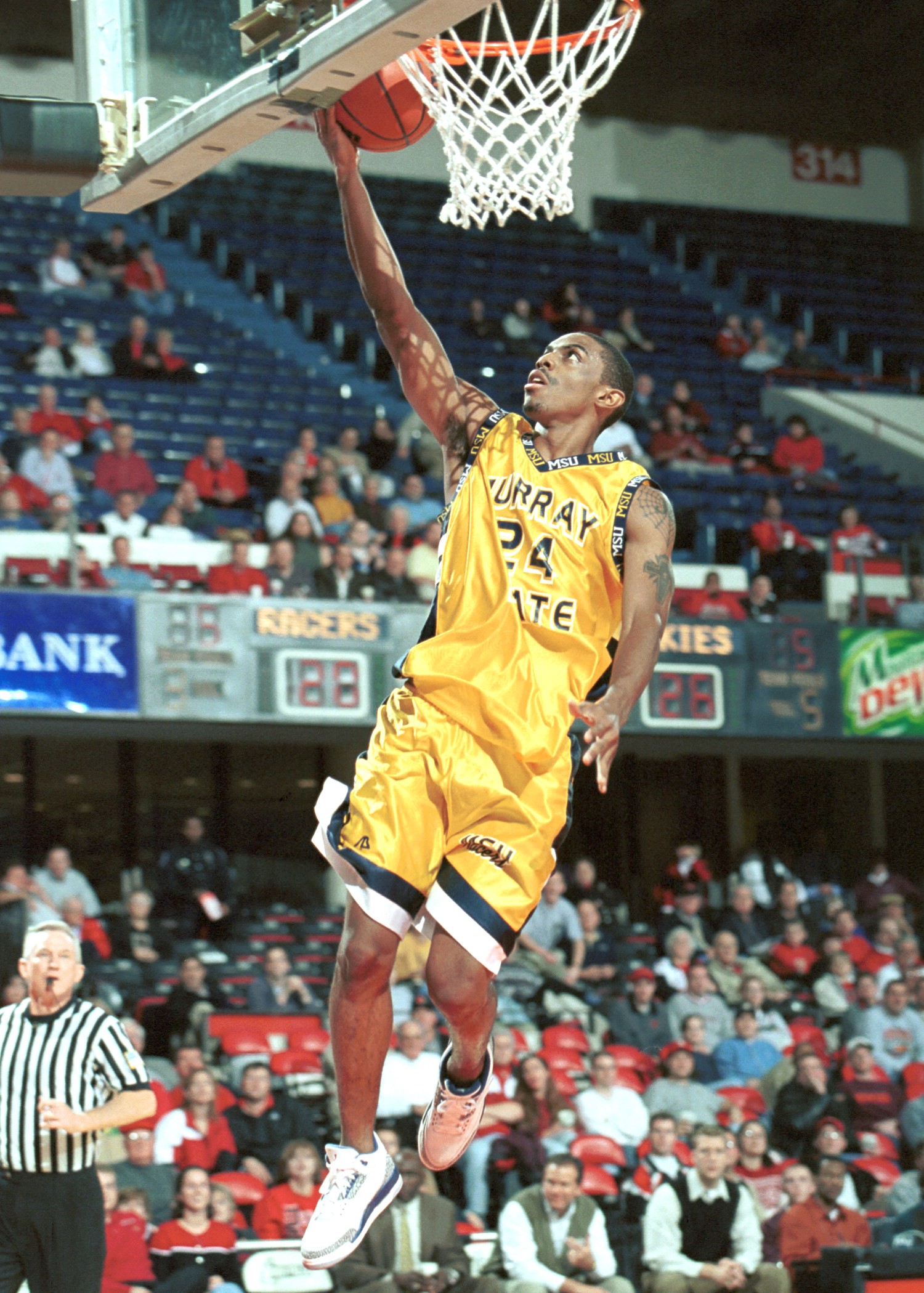 From Banner Years: A History of Murray State Basketball 2013

They say it's not how big you are that matters, it's how big you play. And, although Justin Burdine was small by college basketball standards at just over six feet tall, he played big, very big.

As a junior he was a third team All-OVC selection and a first team selection as a senior. He'd remind you that he also won three Fan Jam slam-dunk contests.

Few players in Murray State history have had the ability to dominate a game the way Burdine could. As a senior he scored at least 20 points 19 times. He scored 25 or more eight times. And he scored 33 or more three times. He hit at least four three point shots in 10 different games.

"When he got on a roll he could shoot from anywhere," former MSU head coach Tevester Anderson said. "He was just unreal when he got in a zone."

But Burdine played big at the other end too, delivering spectacular blocks, and a bevy of steals that he turned into dunks. He could pick off a pass and go end to end for a jam in less time than it took for the announcer to call his name.

“In those days digital cameras had a two second delay,” Racer Insider photographer Marilyn Aubrey said. “Justin was so fast I could never get his picture unless he was at the free throw line.”

When he was a junior Murray State beat Eastern Illinois at the RSEC 92-77 behind 27 points from Burdine. EIU's coach Rick Samuels was asked how the Panthers could lose so decisively to a team they had beaten soundly in Charleston a month earlier.

Burdine grew up in Savannah, Tenn., a small town south of Jackson, about two hours south of Murray.

"Savannah and Murray are very similar," he said. "That was one of the big reasons for me coming to Murray. Savannah is exactly like Murray except for the university. The people are the same. We've got the same stores, the same restaurants. We've got Pickwick Lake right down the road. It's just the same."

Although basketball takes a back seat to football in the Volunteer State, Burdine always preferred the round ball to the oblong one.

"I played basketball as far as back as I can remember," he said. "There's a picture of me with a chicken bone in one hand and a basketball in the other one."