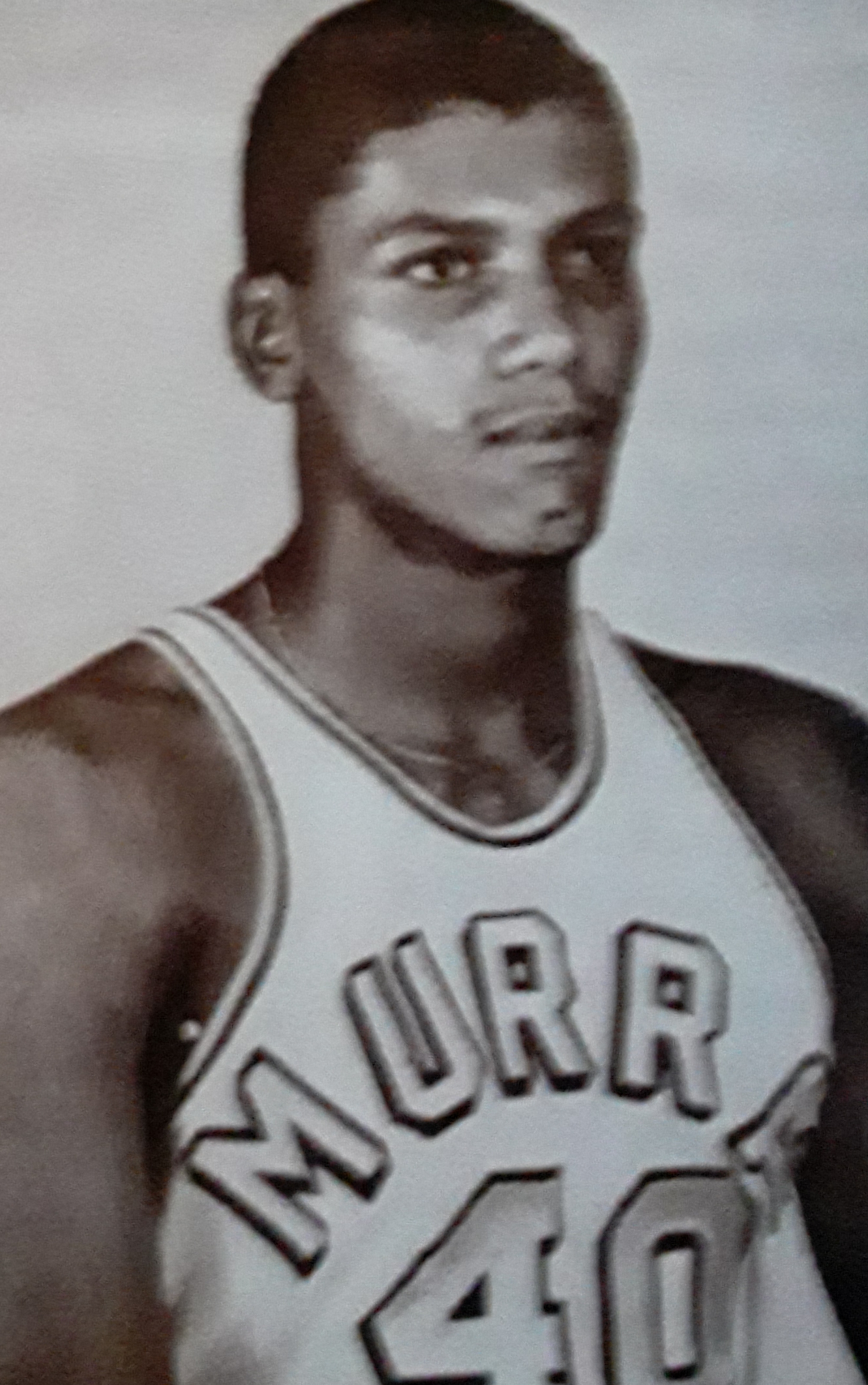 From The Banner Years... Story by Kim Trevathan...

Athletes demonstrate courage in different ways: playing with an injury, taking the shot when the game is on the line, subduing inner demons to make crucial free throws in front of a hostile crowd.  Stewart Johnson was a masterful basketball player whose courage transcended these on-court situations.  As the first African-American varsity player at Murray State (1963-66), and practically in the entire southeastern United States, Johnson demonstrated nerve, talent, dignity, and forebearance in a tumultuous time that tested the fortitude of the best people, and brought out the worst among those who were ignorant and fearful of change.

A 6-8 forward from Clairton, Pa., Johnson was the best shooting big man ever to play at Murray State, according to Bennie Purcell, who noted that many of Johnson’s shots came from the 25-30 foot range.   Playing in the era before the three-pointer, Johnson ranks 22nd on the all-time MSU scoring list, and fourth in career rebounding.  He played for the duration of the American Basketball Association’s existence—nine years—and broke an ABA record by scoring 62 points in a game against the Miami Floridians.

Though Johnson made history when he came to Murray State as a freshman in the fall of 1962, it was Coach Cal Luther who prepared the way for that breakthrough. In the spring of 1960, after his second season with the Racers, Luther met with Athletic Director Roy Stewart to discuss the possibility of recruiting African-American players.  At that time there were no black basketball scholarship players at any of the Ohio Valley Conference schools and none in the Southeastern Conference or the Atlantic Coast Conference.

Stewart, President Ralph Woods, and Dean Marvin Wrather met several times to discuss Luther’s proposal and agreed that, in Luther’s words, “despite the current racial problems in the South, this was a positive action whose time was overdue in the Ohio Valley Conference and other conferences in the area.”  With the Board of Regents’, approval, Luther was given the green light, this in a year when four black students at North Carolina Agricultural and Technical College staged a sit-in at a segregated Woolworth’s and triggered nonviolent protests against segregation across the South. As Luther phrased it, the leaders of Murray State “demonstrated great foresight, courage, and understanding in reaching their decision.”

Johnson was not, in actuality, the first black basketball player at Murray State.  A year before he arrived, Tom Officer, from Washington, Mo., played on the Racers' freshman team.  Although Officer “toughed out” his freshman year, according to Luther, and excelled both on the court and academically, the on-campus racial tension, and the harassment he faced took a toll on him.  In the fall of 1962, after Johnson had arrived and befriended Officer, racial tension on campus and nationwide escalated as James Meredith became the first black student to enroll at the University of Mississippi, and President John F. Kennedy had to send 5,000 federal troops to quell the riots that ensued.  An ugly incident occurred at Murray State that showed the negative forces that Luther and his players were up against.  From a high-rise dorm room window, someone hung an effigy of Tom Officer, his name clearly printed on the black jersey, for all the students to see on their way to class.