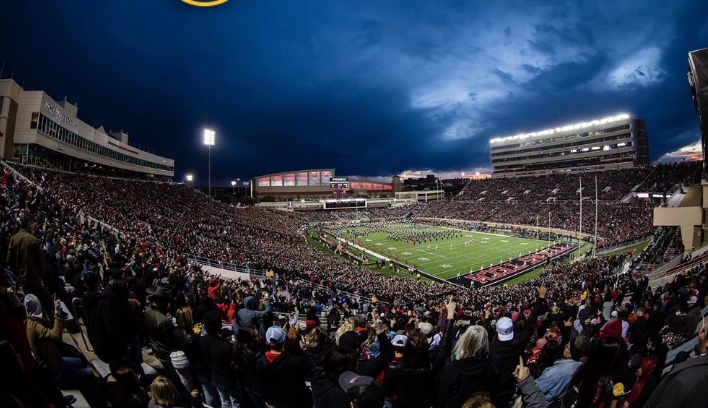 The Murray State football team begins its 98th season Saturday when it travels to the Lone Star State to take on Texas Tech of the Big XII. Kickoff from Jones AT&T Stadium in Lubbock is scheduled for 7 p.m. and will be broadcast locally on Froggy 103.7 FM and nationally on Big XII Now/ESPN+.

Saturday will be the first-ever meeting between Murray State and Texas Tech, making the Red Raiders the 112th different opponent that the Racers have faced in their 98-year history. Texas Tech is the first of four new opponents Murray State will face this season, along with Ball State (Sept. 17), Lindenwood (Oct. 22) and Robert Morris (Nov. 12).

The Joey McGuire era officially begins in Lubbock Saturday, as the long-time high school head coach and collegiate assistant takes the field for the first time as collegiate head coach.

After playing in just four games last season due to injury, Oregon transfer Tyler Shough is ready to take the reins as QB1 for the Red Raiders this season. In limited action a year ago, Shough completed nearly 70-percent of his passes, posted a touchdown-to-interception ratio of 2:1 and averaged 218.0 passing yards per game. Top receivers this year for Shough include Myles Price, Mason Tharp and Loic Fouonji who averaged 13.8, 14.1 and 21.0 yards per catch a season ago.

Defensively, the Red Raiders will be running a new formation this season, the 3-3-5. Leading the Texas Tech defense will be inside linebacker Tyree Wilson, who leads all returners with 13.5 tackles-for-loss and 7.0 sacks from last season. Defensive back Dadrion Taylor-Demerson also returns this season, after amassing 62 tackles and team-highs of three interceptions and 10 pass breakups in 2021.

After winning the final three games of the year, MSU finished the 2021 season at 6-5. Paired with a 5-2 record in 2020, it marks the first time since 2010 and just the third time since 1999 that Racers have posted back-to-back winning seasons.