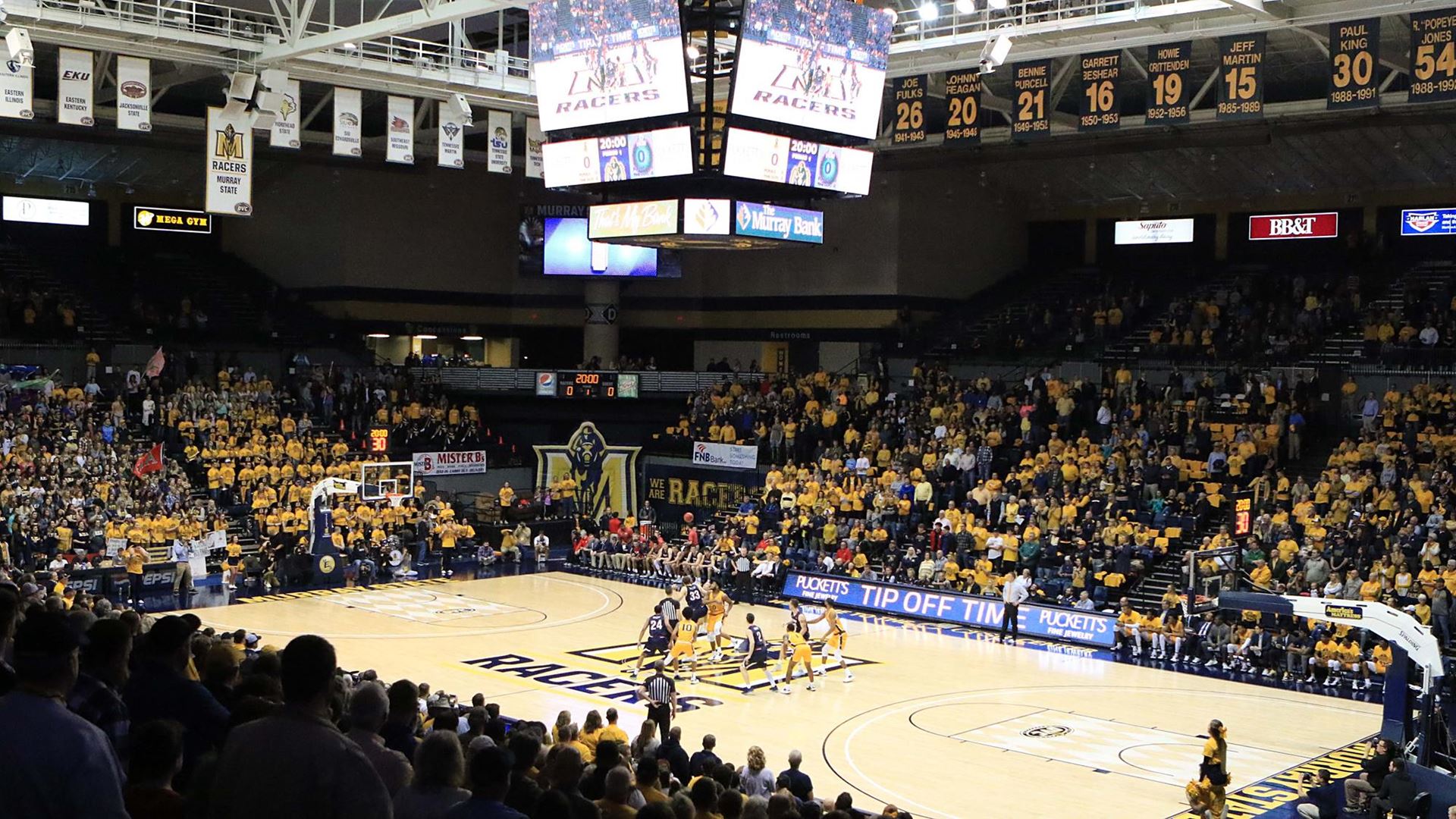 The Murray State men's basketball team released its 2022-23 non-conference schedule that features a season opener at Saint Louis, an appearance at the Myrtle Beach Invitational and the continuation of the Battle of the Border rivalry with Austin Peay.

"Our non-conference schedule will provide several great tests for our team as we prepare for our first season in the Missouri Valley Conference," said Racer head coach Steve Prohm. "It's our goal to always play in a great pre-season tournament each year. The invitation to play at Myrtle Beach, an ESPN tournament, is an outstanding opportunity for our program as well as a chance to show how well Racer Nation travels. It also gives us the platform to showcase the history and tradition that are two of our program pillars. We are excited to be able to keep our rivalry with Austin Peay, as we know this game and series goes back a long way and it means a lot to both fan bases."

After an exhibition game (Nov. 2) against Brescia at the CFSB Center, the Racers open the regular season (Nov. 7) at Saint Louis in their first meeting with the Billikens since 2017. Lindsey Wilson visits The Bank (Nov. 12) as the class of 2022 of the Murray State Hall of Fame honors Paul King who was the first Racer to win four-consecutive basketball team championships from 1987-90.

The Racers will be challenged with three games at the Myrtle Beach Invitational in Conway, South Carolina. The Racers' first opponent is Texas A&M (Nov. 17), followed with a game against either Colorado or UMass (Nov. 18). After an off day, the Racers will meet either Loyola Chicago, Tulsa, Boise State or Charlotte in their third game (Nov. 20).

The Racers play at Chattanooga (Nov. 26) and at Bellarmine (Dec. 10). The game at Bellarmine marks the Racers'  return to Louisville's Freedom Hall, a historic arena they last visited in 2004 to play UL.

The Missouri Valley Conference schedule will be released soon as the Racers enter The Valley this season. Murray State is one of three new members in the league along with Belmont and UIC. For the first time, the MVC will have 12 members as the league also marks the first time welcoming three schools in the same season.

On The Farm With Racer 1

The Comeback 2013: Louisville - Michigan with Paul Rogers and Bob Valvano