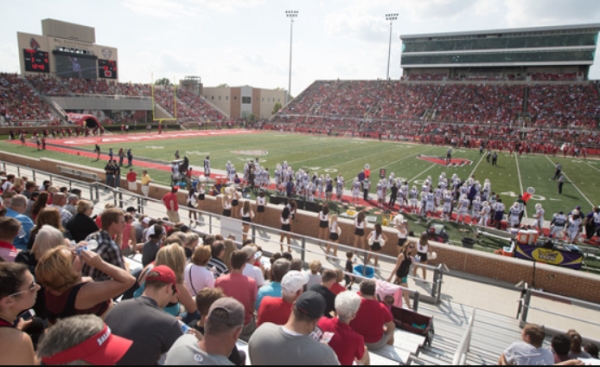 The Game
The Murray State football team travels to Ball State for the first time in program history Saturday, in search of just its second all-time win against FBS programs. The Cardinals will be MSU's 10th different opponent from the Mid-American conference with only Buffalo and Central Michigan having never face the Racers. Kickoff from Scheumann Stadium in Muncie, Indiana is scheduled for 2 p.m. ET/1 p.m. CT.

The Series At A Glance
The Racers and Cardinals square off for the first time in the matchup. The Racers hold a 1-1 record in week three games since the arrival of Coach Dean Hood.

Scouting The Cardinals
Ball State is currently 0-2 on the season after a 37-30 defeat at home on Saturday against Western Michigan. John Paddock passed for two touchdowns in the game and picked up 291 yards through the air.

First Time In Muncie
Murray State makes the 294-mile trip to Scheumann Stadium for the first time in 2022. The matchup between the Cardinals and Racers is a first for the two sides.

Sharing The Wealth
Five Racers totaled at least four carries each in the MSU game against Jacksonville State. The Racers rushed for over 170 yards in the contest with Jawaun Northington leading the charge with 10 carries for 56 yards.

Eric The Great
Inside Linebacker Eric Samuta continues to lead the MSU defense with 13 tackles against JSU and 16 total for the season. Samuta now has 184 career tackles in 43 games played with 10 tackles-for-loss.

Racer Basketball: 1931 A Season of Changes