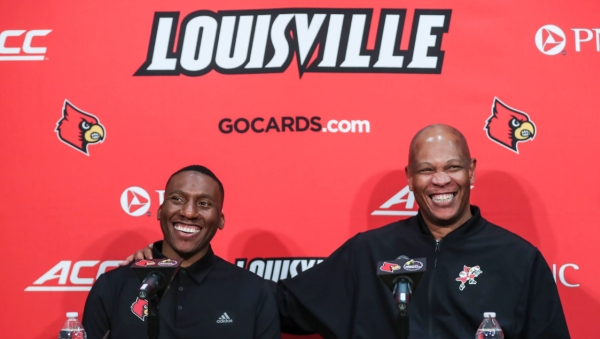 Expectations were high when Louisvlle's new head coach, Kenny Payne hired Duke assistant Nolan Smith in April. After all, he had done a great job at Duke and his father, Derek Smith, was one the Cardinals' all time greats. But he has done so well that the Duke Basketball Report has published a story about it.

"The first recruit he and Payne landed was 6-6 Kaleb Glenn and now they have earned a commitment from 6-6 Curtis Williams, a 4-star recruit out of Bloomfield, Michigan.

People who remember Denny Crum’s system and preference will realize that these two would have fit right in to a Crum-era team.

And that’s interesting, because Crum was an early advocate of what would evolve into positionless basketball. Payne got a dose of that from John Calipari at Kentucky, and of course Smith got his from Mike Krzyzewski at Duke.

Louisville has some messes to clean up still, thanks to Rick Pitino and Chris Mack, but it’s clear that Payne is going to draw talent. Soon we’ll know what he can do with it."

You can read the complete story here.