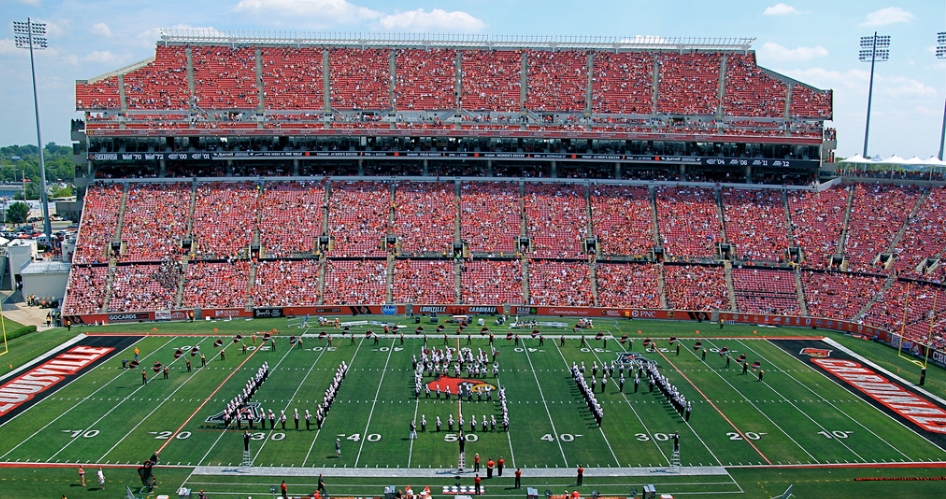 Fresh off a 35-31 loss to Florida State last Friday night, head coach Scott Satterfield reiterated that his team has to eliminate the critical mistakes that has contributed to the team's 1-2 start. The Cardinals are averaging 10.0 penalties per game and have committed seven turnovers -- six coming in the squad's two losses. Louisville turned the football over three times in the loss to the Seminoles on Friday night.

"We've got to be a more disciplined team," Satterfield said. "We talked about penalties: penalties have really hurt us in the first three games. And turnovers, our turnovers are awful. The one win we had we had one turnover, and in the two losses, we've had three in each game. You can't do that. You can't do that and then win. Teams are too good, you have to take care of the football, end every drive in a kick whether it be a punt or a field goal or an extra point, and that gives you a much better chance to win."

"As I look back on the Florida State game, they didn't turn any of those turnovers into points, but it took points away from us, and obviously that was huge. I think more than anything, it's that. It's just being more disciplined with the penalties and the turnovers. Defensively, giving up some big plays. Part of that is some missed tackling, we've seen that in the first three games, but we did a lot better against Central Florida. We were not terrible in this past game with tackles, but a lot of the big plays in the run game were missed tackles, and it broke out. If you tackle them right there, it's a two-to-three-yard gain, instead, it's going for 20 or 15. It's just knocking them down right there at the line of scrimmage, we just have to be better than that."

The Cardinals held a 21-14 halftime lead and were dominating the contest until the Seminoles opened the third quarter with a long scoring drive. The Cardinals battled back to take a 28-21 lead when Malik Cunningham scored from18-yards out..

After FSU tied the game at 28-28, the Cardinals took a brief 31-28 advantage before the Seminoles won the game with a touchdown. The game ended with an interception in the closing seconds.

"We had great opportunities Friday night, really on both sides of the ball offensively and defensively," Satterfield said. "We lose contained two times in the game. And they end up scoring two touchdowns on the very next play. Offensively, even after everything happened in the game, we were driving the last drive there. We drop a pass on the sideline that could potentially could have went and scored. You go get that, everybody's happy and all this stuff doesn't even matter."

"You have to make a play somewhere along the way. And there's so many of them that that could have happened. I think about before we fumbled in the red zone, they play right before that we had an opportunity to throw a touchdown pass and we didn't throw it. There are certain plays we got to be able to make those plays. And you got to make one more than the other team. Florida State made one more than we did. It was a very even game and you come down to fourth quarter, they held us to a field goal, and they got a touchdown. There's the four points. It's coming down and finding those plays and making them. You just never know when they're going to happen. I tell our players: every play matters, every single play. You can't take a play off. You have to focus; you have to execute every single play. You slip up on one play, that can be the difference in the game."

The Cardinals remain home this week to face a USF team that took nationally ranked Florida down to the wire last week, falling 31-28 in the swamp. The Bulls like to run the football behind a physical offensive line. The Bulls average 204.0 yards per game on the ground after two players rushed for over 100 yards in back-to-back games.

The Cards and Bulls kick off Saturday at Noon.

"Their o-line is really good," Satterfield said. "I think probably this is the best line we've played this year. Out of the first four opponents. They're athletic, they can move they get after they're aggressive. You mentioned #21. Not a huge back but very, very fast and quick. He was an all-American kick returner last year and had three kickoff returns for touchdowns. They're dangerous in the return game. What they did against Florida, I mean, I watched that game and I believe in the first half Florida only ran 20 snaps in the first half. USF kept the ball away from them, controlled the game, shorten the game for them and I think at the end Florida, was in the low 50s in snaps so not many snaps at all. When you play a team like that and its limited possessions, you have to do something when you get the ball offensively, and that therefore, again, you can't turn it over. You can't shoot yourself in the foot with a penalty. So have to make those counts because what they do offensively is a game controlling type offense where they can run it."