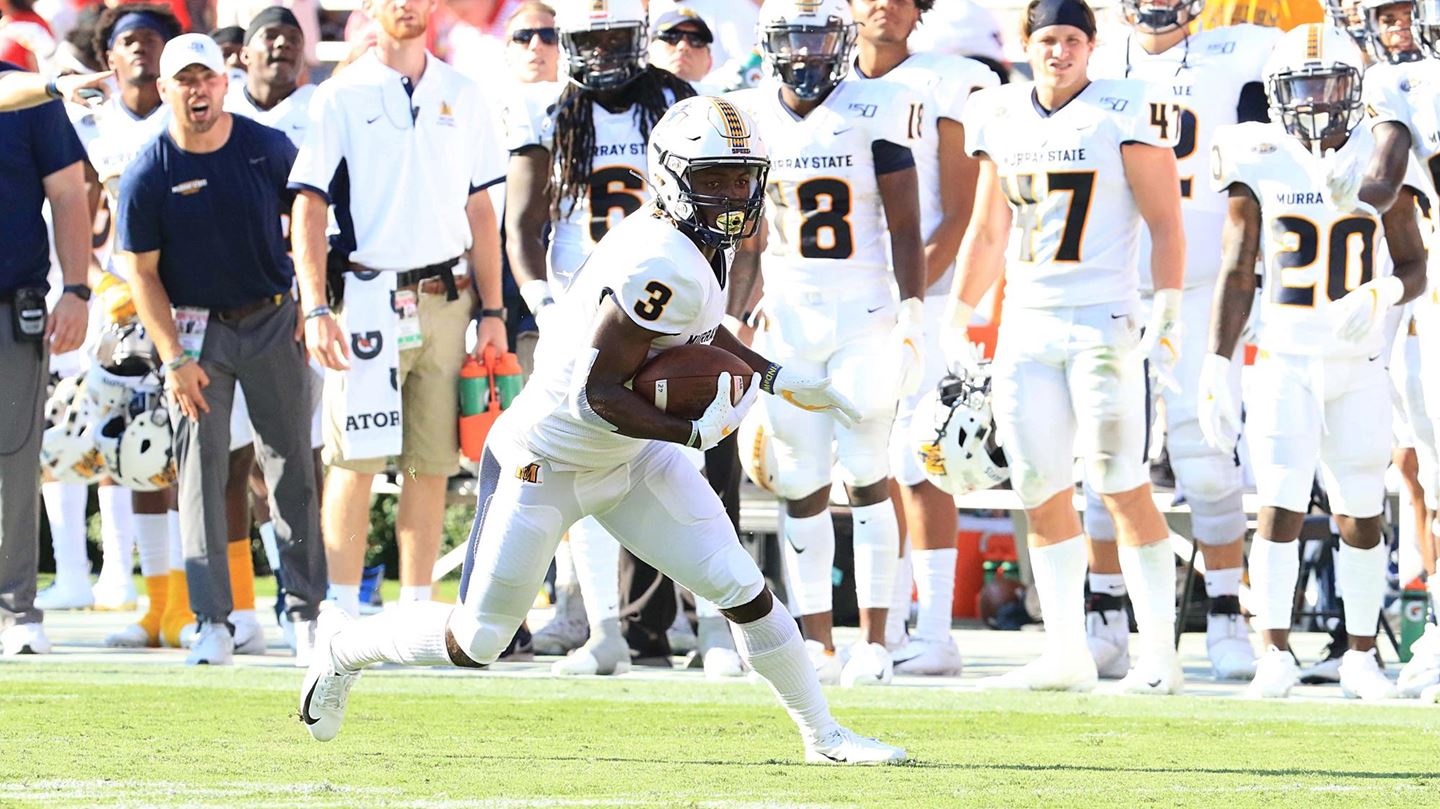 Redshirt freshman Ty Terrell returned a punt 67-yards for a touchdown Saturday against Morehead State, which was good enough to earn him the title of OVC Specialist of the Week for Week 4 of the 2019 football season.

The Leesburg, Georgia returned a punt for a touchdowns in the third quarter of Saturday's 59-7 win over the Eagles. Terrell's return touchdown in now the third of the season for Murray State. Quinaz Turner returned the first kickoff of the season for a score in the season opener against Pikeville, while Nigel Walton had a pick-six at Georgia.

The Racers return to action next Saturday to open their 71st season of OVC football at UT Martin at 6 p.m.