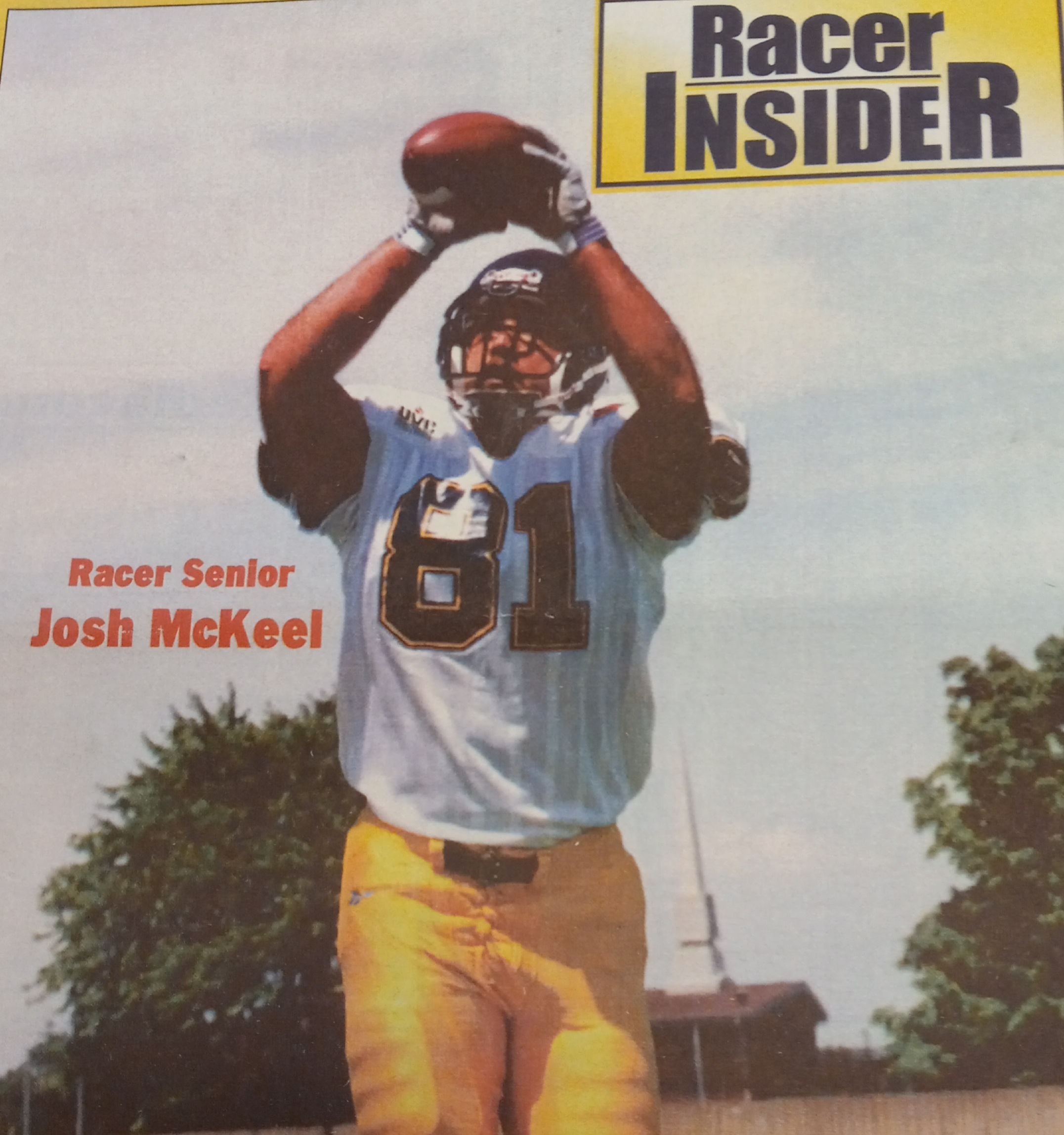 Josh McKeel is a good football player. But, ask anyone about him and they aren't likely to mention that. They'll talk about his character, tell you that if you have doubts about the younger generation that getting to know Josh will erase those doubts.

"I don't have a son," former Racer head coach Denver Johnson said. "But, if I did I'd want him to be like Josh McKeel. I do have daughters and I hope that one day they marry someone like Josh."

Sometimes kids who grow up in a small town like Murray can't wait to leave for the big city. But, McKeel has always appreciated the things that make living here special.

"We live halfway between Murray and New Concord in area called New Providence," he noted. "I grew up playing outdoors. My brother and Dad, and I played ball. I just did the stuff you do in the country - going on picnics with my family and helping my grandparents plant their garden. Being able to live right down the road all my high school career and then come less than a mile down the road and play in college makes me one of the lucky ones. The opportunity to play in front of my friends and family was almost too good to be true. I've been truly blessed."

McKeel got his start in football when he was a sixth grader in the Calloway Little League program, and went on to play three years at Calloway County High School under coach Billy Mitchell. As a senior for the Lakers, McKeel was first team All Western Kentucky Conference, and first team All-State. He was also the senior class president.

"Playing for Coach Mitchell was a blessing because he's the one who really taught me the game," McKeel said. "He's the one that really helped me understand the game. The way that he explained things and brought excitement to the game was the main reason I came back after sitting out my sophomore year. As far as football goes, I'd have to say that he would be my biggest role model. He would be the mentor, andhopefully when my playing days are done I can be as effective a head coach as he was."