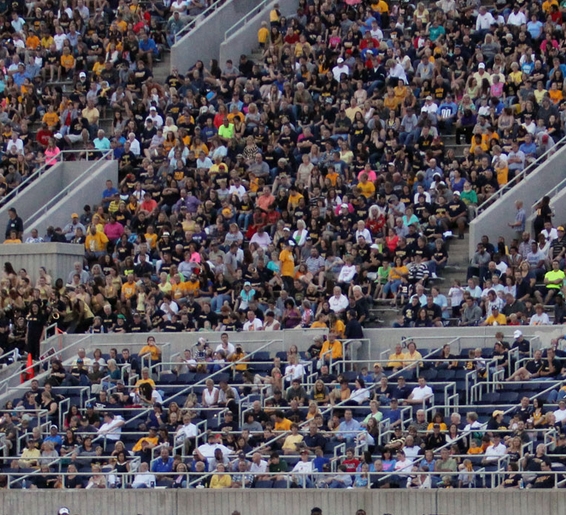 Saturday will be the 62nd all-time meeting between the Racers and the Skyhawks with Murray State leading the way in the all-time series, 38-22-1. The Racers also lead the series in Murray at 21-8-1 and have won each of the last two meetings at Roy Stewart Stadium. Despite a loss last year at UT Martin, the Racers have still won three of the last five meetings between the teams.

Fourteenth-ranked UT Martin enters Saturday's contest at 3-2 overall and 2-0 in the OVC after defeating Tennessee Tech last week, 45-28. In their two OVC games, the Skyhawks have scored an average of 50.5 points by game and have defeated opponents by an average of 23.5 points.

UT Martin is currently averaging 36.0 points on 444.4 yards per game, while its opponents average 28.8 points on 398.2 yards per game. Offensively, the Skyhawks are more pass-focused averaging 264.0 yards in the air compared to 180.4 on the ground.

Dresser Winn has been one of the most accurate quarterbacks in the nation this season for UTM, completing 64.6 of his passes and tossing just one interception compared to 11 touchdowns. On the ground, Zak Wallace has been an absolute workhorse for the Skyhawks, averaging 100.2 yards per game and scoring the fourth-most rushing touchdowns in the nation at eight.

A Win Saturday Would...

A win Saturday would put an end to a season-opening five-game skid by the Racers and would go down as the 499th win in Racer football history.

Saturday will be a picture-perfect fall day in the MKY with a high of just 67°F. There is little to no chance of rain for the game Saturday and the winds out of the north-northeast will be mild at just 6 mph with gusts of up to 13 mph.

Jayden Stinson and Taylor Shields put their names among Racer greats Saturday when they completed an 84-yard touchdown pass, the third longest in school history. Only KD Humphries and Jesse Blackburn's 87-yard touchdown in 2016 and two passes of 86 yards by Toby Thomason and Wayne Wilson in 1966 and Buddy Parker Buddy Searcy in 1959 were longer.