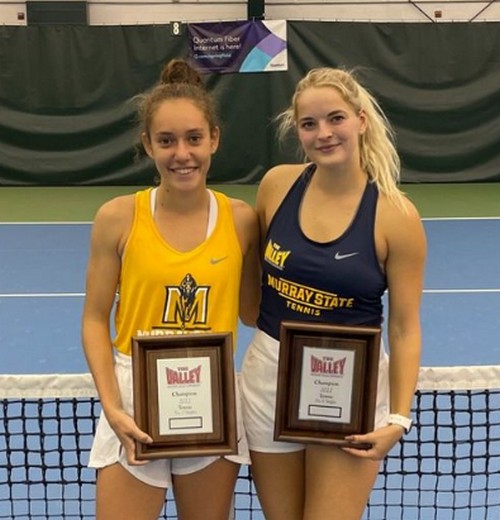 The Racers were the only team to win two flights in singles play. Slezakova took down individuals from Valparaiso, Drake, and Illinois-Chicago in route to her title while Campigotto earned wins over Belmont, Drake, and UIC.

"We had chances in every flight from top to bottom, the girls did a very good job to put themselves in position to succeed," said coach Jorge Caetano. "Very happy for Natalie and Paola being able to bring a championship home but across the board we know we were very competitive."