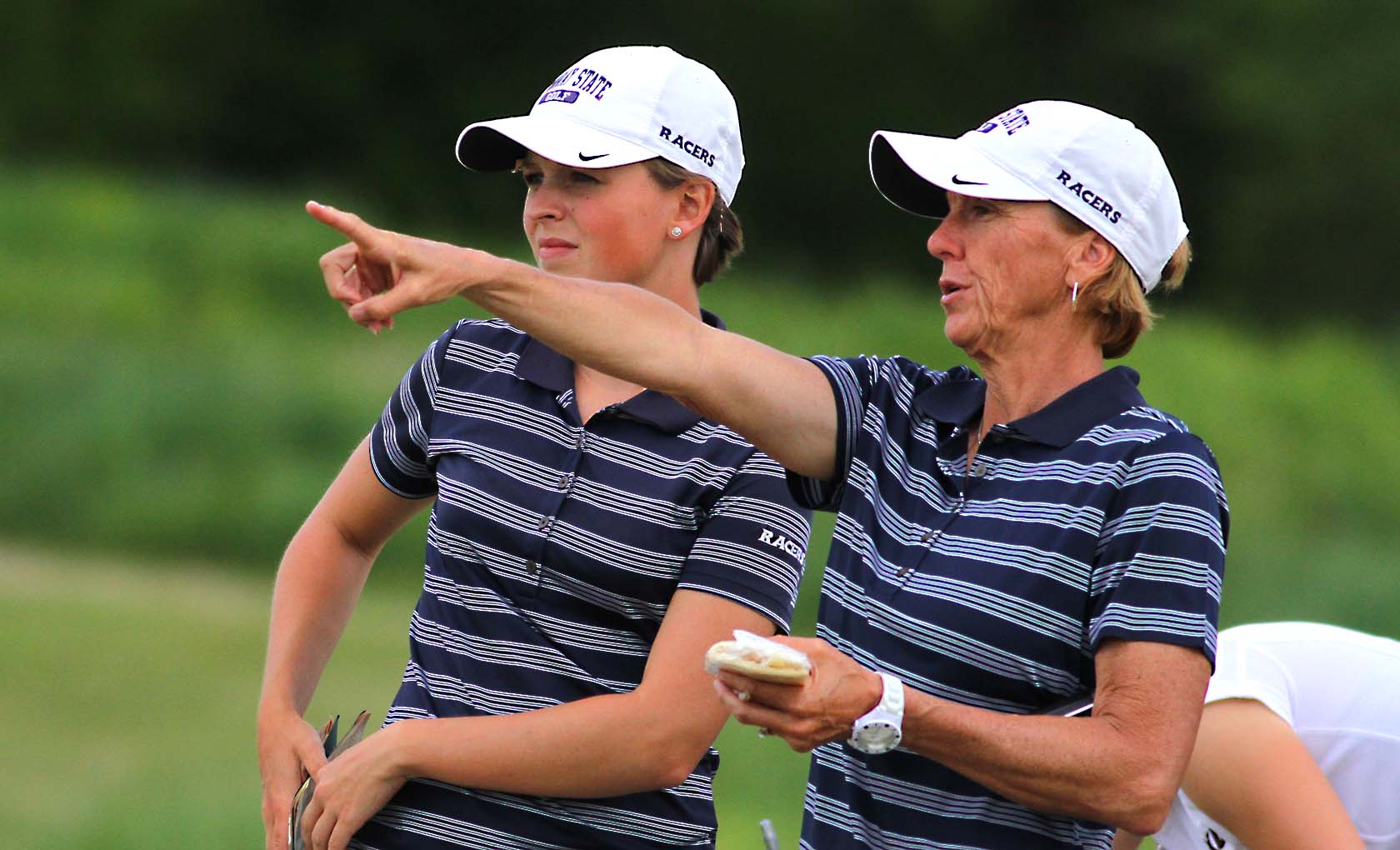 Velvet Milkman might not be a household name. But among Racer fans, she should be.

Milkman started the women's golf program at Murray State in 1993 and over the last 21 seasons she has won nine Ohio Valley Conference championships. On 10 different occasions her peers voted her OVC Coach of the Year. During her tenure at MSU, Milkman has coached 38 All-OVC Players and a conference-leading seven Ohio Valley Conference Players of the Year. Twenty-three of her players have been named to the All-OVC Tournament Team and six have gone on to play professionally.

"Velvet's the best in the business,” athletic director Allen Ward said. “She's an outstanding coach, excellent administrator and an even better person. She could coach anywhere she wants, but I'm just glad she loves Murray. She wins championships and graduates her athletes. No one does it better and I'm honored to work with her!"

“I was very fortunate to have graduated from Murray High,” she said. “They prepared me academically and athletically. I played on some good high school teams and I'm very proud to be from Murray.”

Milkman's athletic feats weren't confined to the golf course, though.

“I played basketball for Coach Rick Fisher,” she said. “I have a lot of respect for him. He taught me to be aggressive and I enjoyed playing for him. I wanted to try out for the middle school football team, but they wouldn't let me. My brother was three years older than I was and I played with him and his friends.

“My dad and my brother both played golf. So, I went out and played with them and I seemed to be a natural at it. Jimmy Sullivan was the pro at Murray Country Club and I took lessons from him. He was very, very good to me. He taught me the fundamentals of the game.”

Milkman played golf at MHS for coach Judy Muehlman and won an individual state championship as a sophomore.

“She was always very professional,” Milkman said. “She expected you to work hard and I think she did a really good job with the golf program at Murray High. We were very competitive and we won several regional championships.

“The year I won state I don't think anyone expected it. I had finished fourth as a freshman. Then I finished second when I was a junior. I broke my arm playing basketball and I didn't touch a club until the spring. But that's when I became a good putter and that's by far my strength as a player. Senior year, I didn't play very well. I finished fifth.”