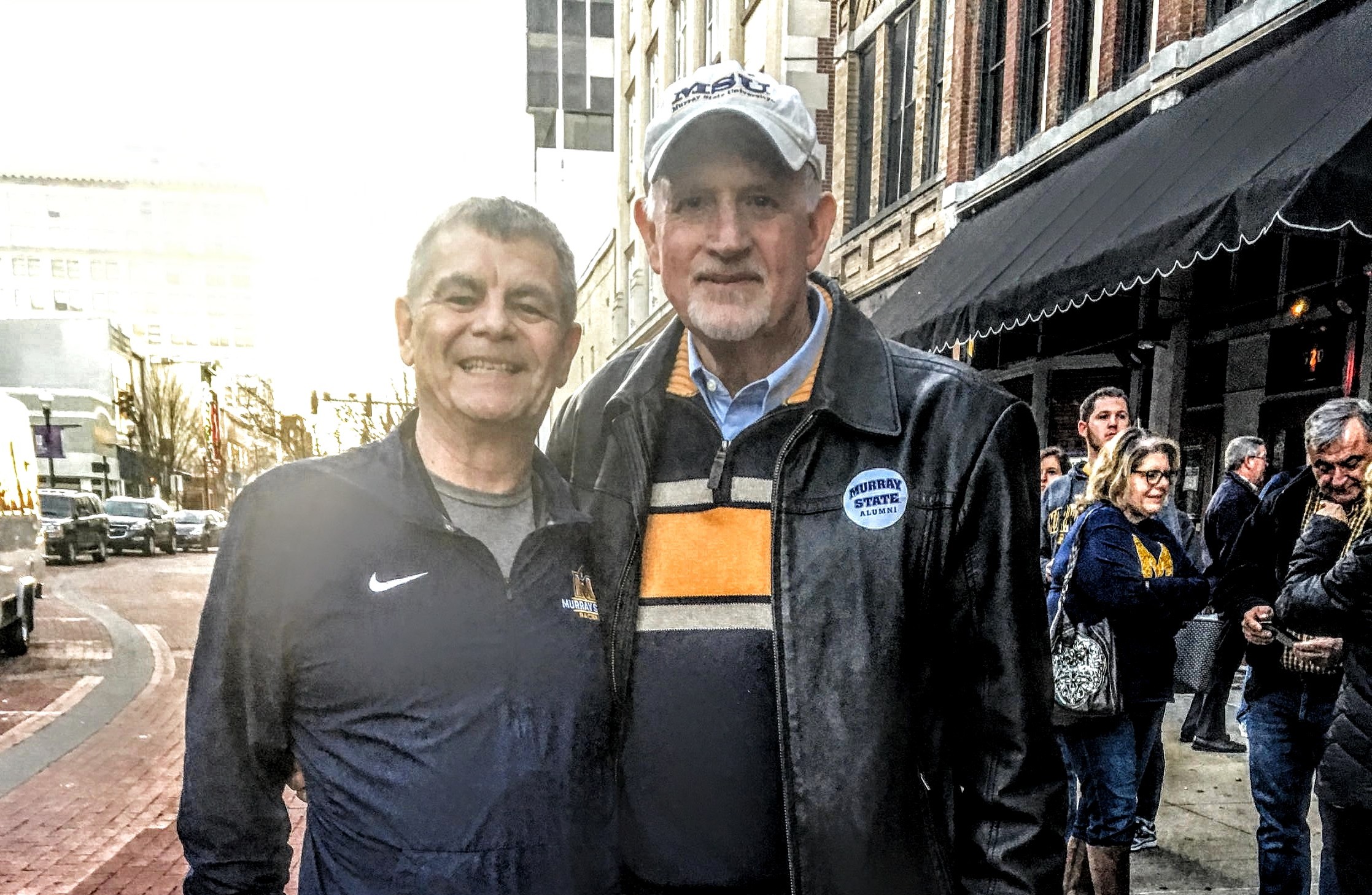 Over the decades, Lindy Suiter and the Suiter family have become synonymous with Racer basketball. If the Racers are playing, you can bet the Suiters will be watching.

ōMy father, Gearl, was big a Racer fan and there was really no option,ö Suiter said. ōIf you grew up in his household, you were going to be a Racer fan. My grandfather, Elroy, was a  fan and he used to take my dad, Pete Waldrop and Dr. Hal Houston on road trips when they were kids. Bennie Purcell was their hero.

ōMy grandfather owned the Shell station at the corner of 12th and Chestnut. The coaches and a lot of the players would get their gas there. And, they became friends of the family.ö

So, for the Suiters, Racer basketball quickly became a family affair.

ōIt really started for me with the 1963-64 season,ö Suiter said. ōThat's the first year that I memorized the starting lineup. And I think I still know it ¢ Jim Jennings, Stew Johnson, Al Varnas, Gene Pendleton, and Scott Schlosser. I loved Schlosser's name and the way Chuck Shuffett would say it.

ōThe first player I ever met was Gene Pendleton. He was my first favorite player. My dad was still in his 20s at the time and they became really good friends. And two years ago, I ran into Gene at the OVC Tournament in Evansville and got my picture taken with him. It was so neat.

ōI can remember sitting in my grandmother's den, over on Sycamore Street, the night we played Loyola in the NCAA tournament. My dad and his buddies drove through the snow to watch it in person. I remember we jumped out to a big lead. But, we wound up losing the game.ö

The Racers made it back to the NCAA tournament in 1969. They finished 11-3 in the Ohio Valley Conference, tying Morehead for first place. But, they crushed the Eagles 94-76 in a playoff game to earn the right to play Marquette in Carbondale, Illinois.

ōThat was the first time I got to go to the NCAA tournament,ö Suiter said. ōDon Funneman was on that team and I really liked the way he played. He was our defensive stopper. But, he got injured and didn't get to play against Marquette. He had been in the army, so he was an older guy and he was married. He and my dad became really close and our families did lots of things together. We went over there after every game.