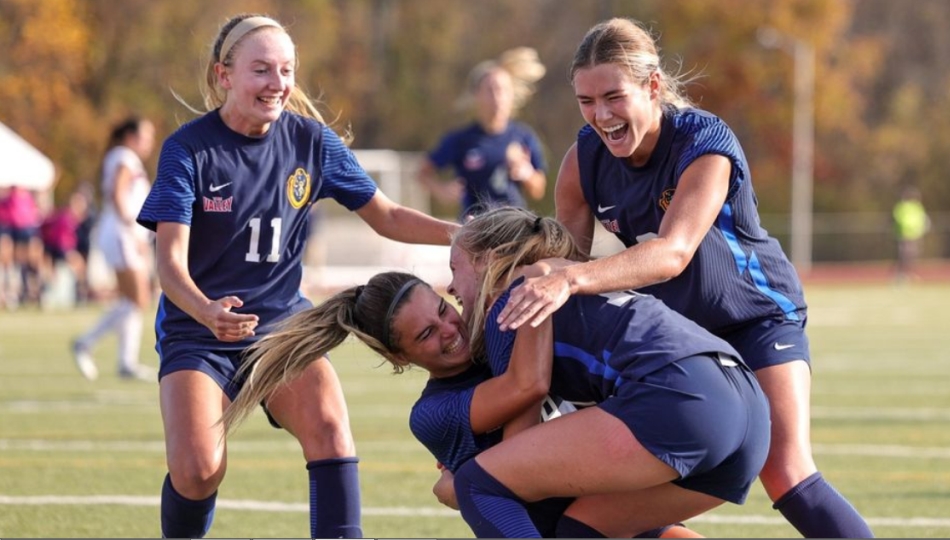 With less than a minute left in double overtime, Saraya Young netted a stunning solo goal to lead Murray State women's soccer to a 2-1 win over Southern Illinois in the Missouri Valley Conference quarterfinals on Sunday afternoon in Carbondale, Illinois. With the win, the Racers secure a spot in the semifinals of the Valley in their first season in the league.

After much of the match did not seem to look promising for MSU after the Salukis took a 1-0 lead in the 32nd minute, the Racers were able to find some late-game heroics once again. After a tremendous run by Camille Barber down the right wing, Barber was able to deliver a perfectly placed cross to the head of Mary Hardy. Hardy would find the back of the net for her fourth goal of the year to level the scoring at 1-1 in the 80th minute.

As the game was still equal to end regulation, postseason rules took place as the two sides were slated for two 10-minute overtime periods. After the Racers created some big chances throughout the overtime periods, it would come down to the final 50 seconds of the match. After Hardy took possession of the ball from SIU at the halfway line, she would soon pass to Young. The senior forward would weave her way through the entirety of the Salukis defense and chip a shot past the goalkeeper to secure the win for Murray State.

The Racers were able to control most team statistics by winning the shot count 12-10 and having five shots on goal to the Salukis four.

Jamie Skarupsky played all 110 minutes in goal for MSU and collected three vital saves to keep Southern Illinois at bay. Four other Racers collected a full 110 minutes played as Morgan Bodker, Audrey Henry, Hailey Cole, and Sydney Etter worked across the pitch for the full time.

Hardy and Young join Lauren Payne and Sydney Etter as the joint-top goal scorers on the team this season with four goals each. Barber picks up her third assist of the season to join Hailey Cole and Audrey Henry for the second most on the roster.

MSU will now take on top-seeded Valparaiso on Thursday at 6 p.m. in the semifinals of the MVC Tournament in Valparaiso, Indiana.

Calipari Reaches Out to Coal Miner at Blue/White Game