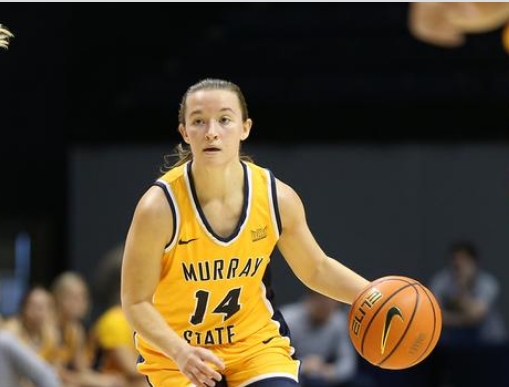 After a tough first quarter, the Murray State women's basketball team put its foot on the gas and never looked back, defeating Christian Brothers, 97-54, Thursday afternoon in the season opener for the Lady Racers at the CFSB Center in Murray, Kentucky.

Christian Brothers got off to a hot start and led Murray State, 20-19, at the end of the first quarter. However, the Racers would outscore the Bucs from that point on at more than a 2:1 pace and outscored CBU, 78-34, over the final three quarters.

Katelyn Young went 10-for-10 at the free throw line Thursday, marking the third time in her career that she has been perfect at the charity line on 10 or more attempts.

Murray State had the hot hand in the game shooting 50.4-percent from the floor, 36.0-percent from 3-point range and 88.0-percent at the free throw line.

Young scored a game-high 23 points to lead 12 different Racers in the scoring column Thursday, including four in double-digits. Macey Turley followed Young with 14, while Alexis Burpo and Fruzsina Horvath added 10 each.

On the boards, the Lady Racers reached 50-plus rebounds for the first time in almost a year, last reaching the milestone last November at Evansville. Hannah McKay led the rebounding effort with nine, while Burpo added seven and Young chipped in with six.

The Lady Racers will travel to Indiana Sunday for their first road test of the season at Purdue. Tip-off from Mackey Arena in West Lafayette is scheduled for 2 p.m. E.T.