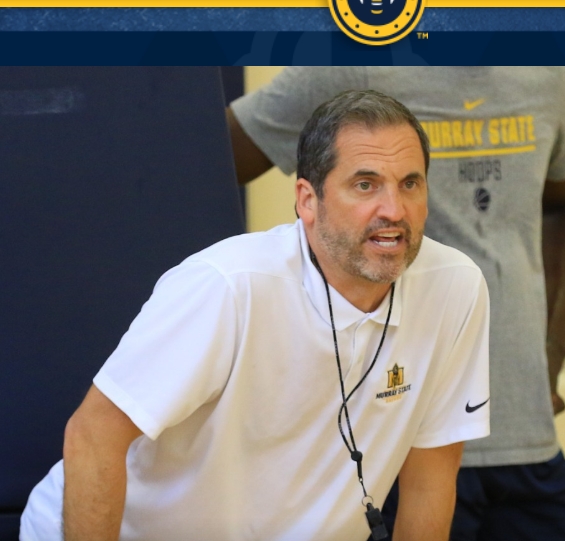 The Murray State Racers (1-1) will play three games in four days (Nov. 17-20) at the Myrtle Beach Invitational in Conway, South Carolina at the HTC Center. The arena in Conway is the home court for Coastal Carolina University. The Racers take on the Texas A&M Aggies in game one, Thursday at 3 p.m. CT. MSU gets either Colorado or UMass. Boise State, Charlotte, Loyola, or Tulsa await MSU in their final game on Nov. 20.

The game with the Aggies marks just the second time the two have met, since their first and only meeting in December of 1946 in a game that was played in Paducah, Ky. The Racers won that game 49-46 nearly 76 years ago.

Murray State Coach Steve Prohm won a tournament title once before at HTC Center when he coached Iowa State to the 2017 Puerto Rico Tipoff crown. The event was moved to the Coastal Carolina campus due to Hurricane Maria.

The last time the Racers won an in-season tournament was in Prohm's first season as MSU coach in 2011 at the Great Alaska Shootout. The Racers defeated Southern Miss. In double overtime in the championship game.

In Myrtle Beach, the Racers could meet Colorado and if they do, it will get Coach Prohm and Buffs Coach Tad Boyle together again. The two coached against each other in the title game of the Charleston Classic in 2012, won by Colorado 81-74.

With this week's report that Texas A&M has breached the AP Top-25, the Racers are now playing a ranked team Thursday. The Aggies broke into the poll this week at No. 24. This means the Racers are playing a ranked team for the first time since an 82-63 defeat (11-12-2019) at Tennessee. The Racers have lost their last five games against ranked opponents since their last top-25 win (2-12-2012) at home against Saint Mary's. MSU's win at Memphis last December came just a few days after the Tigers had dropped out of the poll.

The Massey Ratings favors Texas A & M over Murray State 73-67.

Racer Tradition Among the Best

As the 2022-23 season begins, the Racers are ranked among the best of the best in success and longevity. In the group of schools that have played at least 25 years at the Division I level, the Racers are 41st in all-time wins and 12th in winning percentage. MSU is 1,707-920 (.650).  Murray State is beginning a new direction this season as members of the Missouri Valley Conference. The Racers became official members July 1, after being a founding member of the Ohio Valley Conference. The Racers won 28 regular season championships and made 18 NCAA Tournament appearances in their 74 seasons in the OVC.