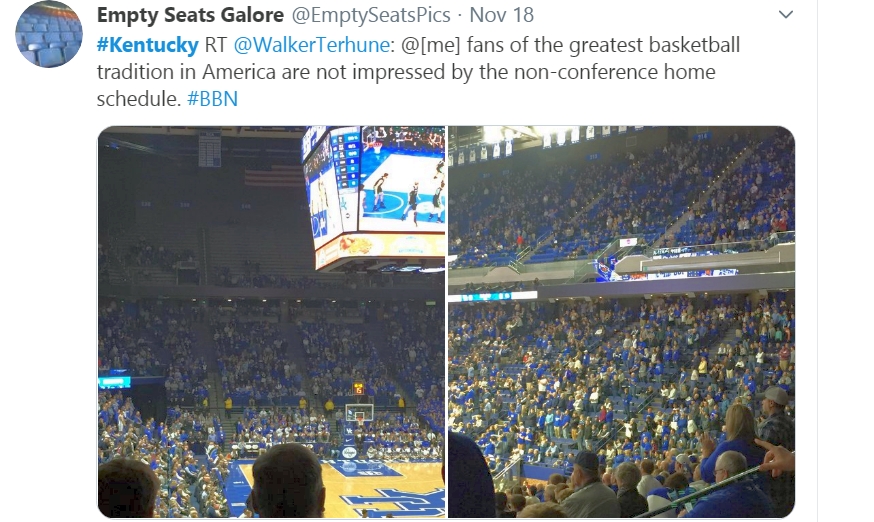 Attendance at University of Kentucky basketball games has been declining for several years. This year fans are posting pitcures of the empty seats and it turns out the decline has been steeper than anyone imagined.

While Kentucky's average attendance last year was reported as 21,875, that number appears to have been inflated. UK reported an average of 19, 680 fans in attendance at their first three home games last year. But, that number reflects the number of tickets distributed, not the number of fans in the stands. The average turnstile count for those same three games according to the Lexington Herald Leader was just 13,107.

So, what's up? The Cats play a lot of mid-major and low-major opponents early in the season. And the average fan just doesn't get attached to the players the way they used to.

"I used to have season tickets," one long time UK fan told me. "But, I gave them up. Last year, the Louisville game was the first game I had watched. When you have a completely new team every year it's just hard to get attached to the players. And if you have no emotional attachment to the players, you just tend to move on to something else."

So, while coach John Calipari's "One and Done" approach to recruiting may produce highly ranked teams, it may also be having an adverse effect on the popularity of the program itself.